Lauren Fedewa, a 2011 graduate of St. Johns High School, is heading to Germany in September as a Fulbright Scholar, doing research in Holocaust Studies.  The Fulbright Scholarship is one of the most prestigious and competitive fellowship programs in the world, whose goal is to improve intercultural relations, cultural diplomacy, and intercultural competence.

Lauren’s research focus is to study and document the German Ausländerkinder-Pflegestätten, or foreign child-care facilities, that were in operation during World War II.    Between 1943 and 1945, 400 to 450 Ausländerkinder-Pflegestätten were established across the Third Reich to accommodate pregnant forced Polish and Soviet civilian laborers and their infant children. Despite the sophisticated-sounding name, these were not facilities where children were cared for properly and raised. They functioned under primitive and inadequate conditions, usually without appropriate medicine, equipment, or personnel. Most became centers of death for the infants who were forcibly removed from their mothers’ care so that the mothers could continue to work.   Despite the astounding number of victims, most of these facilities remain unknown, even among experts in the field of Holocaust studies and modern German history. Moreover, almost no English-language literature has been written on the subject. The lack of research on this topic represents a gap in historians’ understanding of the experiences of female Polish and Soviet forced laborers and their children.

Lauren states:  “With the help of the Fulbright grant, it is my goal to pioneer research on the foreign child-care facilities in the region of Lower Saxony, Germany---research that will pave the way for future studies of all 460 facilities in Nazi Germany.  I have found a passion for communicating the history of Nazi Germany and the Holocaust. My involvement in the field reflects my commitment to being a witness and teaching this history to others. Research on foreign child-care facilities has been the focus of my master’s thesis  and work at the United States Holocaust Memorial Museum (USHMM) in Washington DC, and has laid the foundation for me to expand my research independently in Germany. Studying this history, and passing my knowledge on to others, ensures that the individual stories of foreign forced laborers and their children are not lost. My goal is to honor the legacies of victims and survivors through my continued dedication to research in the field, and ensuring there are always new witnesses to this history.”

Lauren says she became interested in the Holocaust while in her 7th grade Social Studies class at St. Johns Middle School.  She attributes the creative activities of her 7th grade teacher centered around the Holocaust that peaked her interest in Holocaust Studies.  After her sophomore year of high school, Lauren interned at the USHMM for the first time. She continued to intern, work, and complete research in the field of Holocaust studies throughout her undergraduate and graduate  career.

Post-secondary education for Lauren began at Anne Arundel Community College in Maryland.  She later transferred to the University of Maryland where she double majored in German and history.  After receiving her bachelor’s degree, Lauren gained professional training as an AmeriCorps VISTA with the Jewish Social Service Agency (JSSA), where she served low-income Holocaust survivors.  Lauren also acted as the JSSA’s “unofficial historian,” educating the community and the survivors’ caretakers about Holocaust history. Fedewa then received a graduate fellowship from the University of Vermont (UVM), allowing her to take her study of Nazi Germany and the Holocaust to the next level. In the fall of 2016 she began pursuing an M.A. in history while working with faculty affiliated with the prestigious Miller Center for Holocaust Studies at UVM.  She successfully defended her master’s thesis in July 2018, and will officially receive her master’s degree in October 2019.

After her Fulbright experience, Fedewa will enter a doctoral program to receive her PhD in history.  She has dreams to be a Holocaust historian at a Holocaust museum, or to be a professor of Holocaust studies and German history at a university.

Lauren feels strongly that St. Johns Public Schools provided a solid foundation for her to succeed.  She specifically highlights the strong writing background that she received from her outstanding teachers.

St. Johns Public Schools is proud of our graduate and Fulbright Scholar, Lauren Fedewa!  She is the daughter of Tom Fedewa and Kristine Ranger. 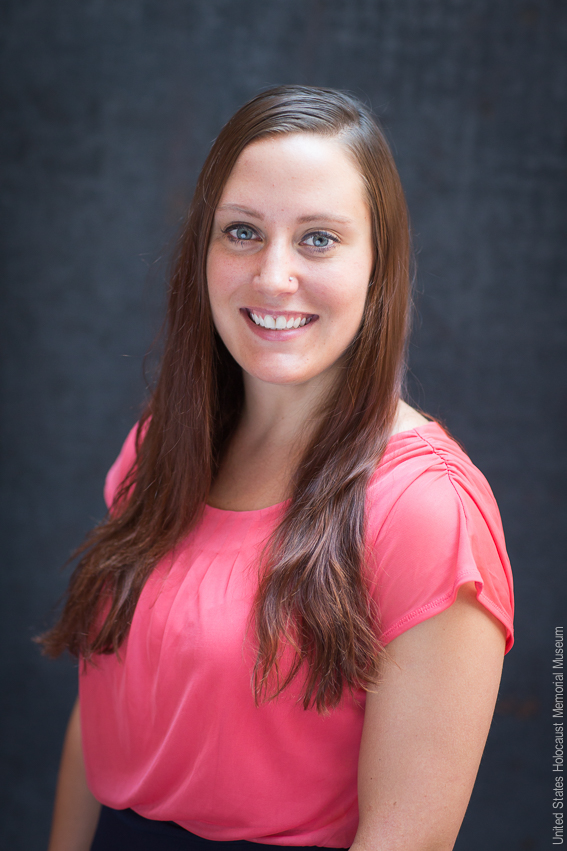