St. Johns has a long history of excellence in the arts. Boasting programs that mentors hundreds of students from grades 6-12. St. Johns is committed to supporting performing arts opportunities for students throughout our district.

Students who participate in our programs learn...

St. Johns Public Schools is known for its outstanding band program. Students have the opportunity to start playing an instrument in in fifth grade and continue through twelfth grade. Many of our students leave the program and continue to play at colleges throughout Michigan.

At St. Johns High School, we have the following programs:

The St Johns Redwing Marching Band received the highest rating from all three judges, with an overall rating of a I. This is the 37th year in a row that St Johns has received a I rating.

Band director Roy Davis has led the band for 19 of those years.

“The band's success rests in the awesome band students and a supportive community,” Davis said. 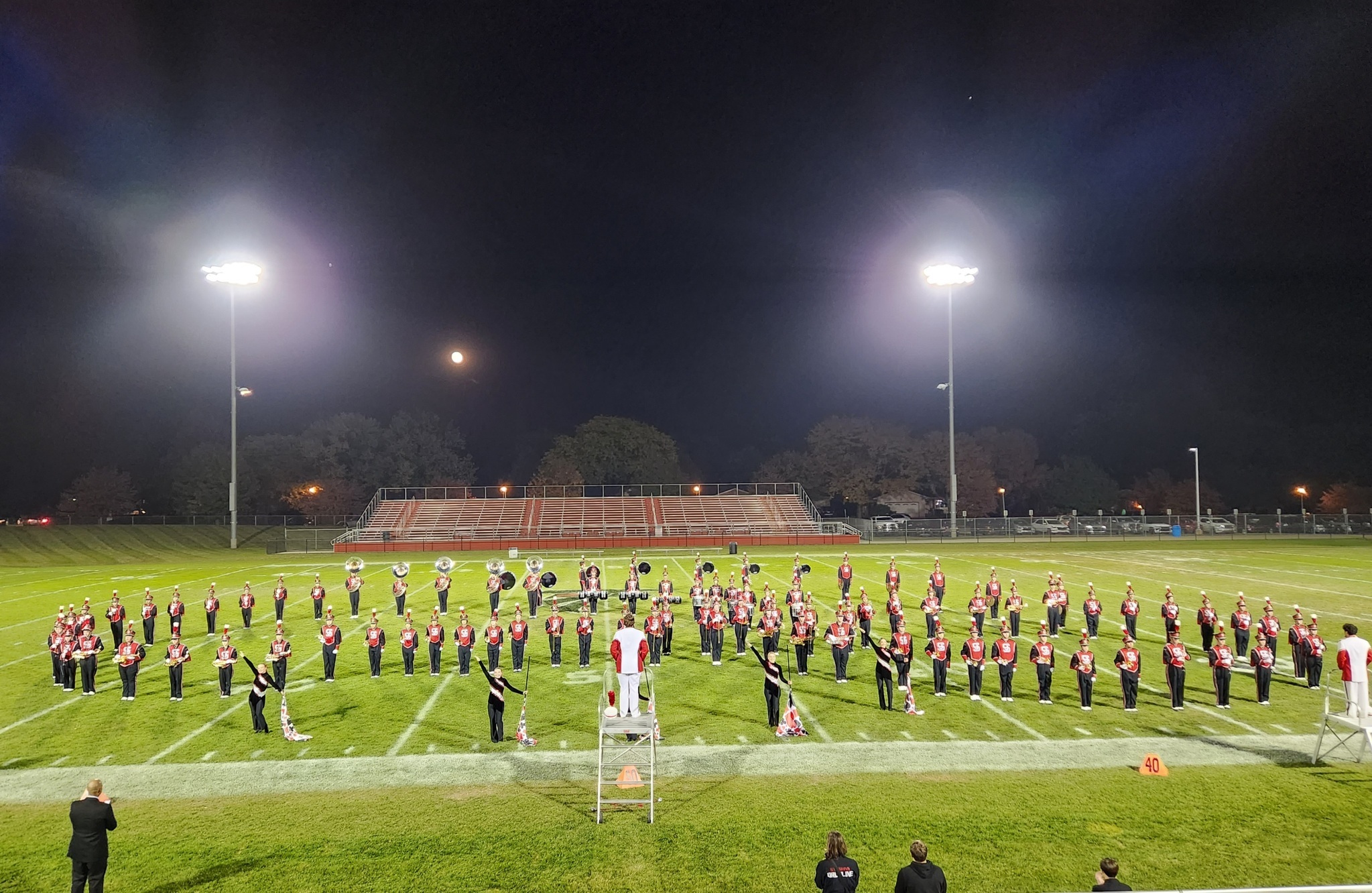 The St. Johns High School Theatre Department is proud to present Roald Dahl's Matilda, a musical based on the 1988 children's novel by the same name. The story centers on Matilda, a precocious girl with the gift of telekinesis, who loves reading, overcomes obstacles caused by her family and school, and helps her teacher to reclaim her life.

Matilda the Musical has received widespread critical acclaim and box-office popularity, winning seven 2012 Olivier Awards, including Best New Musical—at the time, the most such awards ever won by a single show. The show won five Tony Awards in 2013.

Our "Revolting Children" will bring this story to life on the SJHS stage with performances on Friday, November 11 at 7 p.m., Saturday, November 12 at 2 p.m. and 7 p.m., and Sunday, November 13 at 2 p.m. Tickets will be available for purchase at sjdrama.ludus.com beginning Monday, October 17. Matilda is under the direction of Mr. Barry Palmer, Mr. Josh Heethuis, Mr. Jarod Moyer, Mrs. Dawn Flynn, Mr. Luke Smith and our incredible choreographer Ms. Madison Shutes.

Important Reminders for cast and Crew:

St. Johns has competed in MIFA's theatre competition since its inception.  With countless state qualifications and 10 state championships, St. Johns has a proven track record of excellence in competition.  The current directors are Jackie and Nathan Charneski. St. Johns takes a 45-minute cutting and competes at the district and regional levels each year, to qualify for the state festival.

The competition production is primarily student-led.  The directors will hold auditions and crew interviews in November each year.  Once the cast and crew list is posted, rehearsals are held daily Monday-Friday and occasional Saturdays from December through February.  Competitions take place on Saturdays from the end of January through mid-February.

For additional information about MIFA theatre events in the state of Michigan, please visit the MIFA Theatre website.